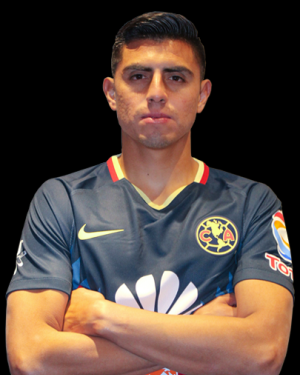 Joe Corona has the potential to add some much-needed flair to the American midfield. The creative, attacking-minded player's game is built around excellent technical skills and vision. The Southern California native whose mother and father hail from Mexico and El Salvador, respectively, acquitted himself well during the American's unsuccessful 2012 Olympic qualifying campaign, tallying four goals and showing flashes of brilliance.

Corona almost didn't play for the Americans, wavering between the United States and Mexico. He saw action for El Tri's U-22 squad in the 2011 Pan American Games before joining the U.S. at the 2012 U-23 CONCACAF Championship. (Bob Bradley was the first to call, putting Corona on his preliminary roster for an August 2011 match with Mexico. The U.S.S.F. fired Bradley before the game took place, however, and Jurgen Klinsmann did not include Corona.)

Corona impressed enough with the U-23s to earn a tryout with the full team and was part of the 23-man group that opened World Cup 2014 qualifying against Antigua and Barbuda and Guatemala in June 2012. Corona was the only member of that roster making his debut with the national team, signaling how far he had come in Klinsmann's eyes in a matter of months. "It’s just the beginning for them. It's time for them to be sponges and take in what Clint Dempsey’s doing and what the bigger guys are doing and learn from them," Klinsmann told Fox Soccer about Corona and Terrence Boyd.

The player grew up in Chula Vista, honing his game with Nomads SC—Marcelo Balboa, Frankie Hejduk, and Steve Cherundolo played there as well—before joining the San Diego State Aztecs on a partial scholarship for a season. Corona attended an open tryout with Club Tijuana during his sophomore year and the club offered him a contract. The Mexican team was attempting to reach the Primera Division, a feat they accomplished after the 2010-2011 season. Corona scored the squad's first-ever Primera League goal in a 2-1 loss to Monterrey on July 30, 2011. After just one season in the Mexican top flight Cornoa helped lead Tijuana to the Mexican apertura title in the fall of 2012, further solidifying his status in both Tijuana and the U.S. national team.

For the U.S., he plays either in the middle or on the right side of midfield. Corona remains somewhat raw, but he scored twice for the U.S. at the 2013 Gold Cup and was one of the final players cut from the team that went to the 2014 World Cup and should get plenty of chances to make the team that goes to Russia in 2018.—NOAH DAVIS

"[Corona and Terrence Boyd] showed me a lot of hunger, they showed me a lot of desire and a lot of willingness to suffer. They had a clean kind of approach to their games that they want to finish things off. Obviously, we need to get into a phase where every player, especially in the attacking area, wants badly to score and wants to finish things off. Whether it’s with a shot or with whatever, they create something and finish it off." (May 2012)

"He's a very skillful and creative player, he's good in one-on-ones and has a lot of upside on his game. We see in him a lot of potential. These 10 days in Orlando prove that we were right to call him in. (May 2012)