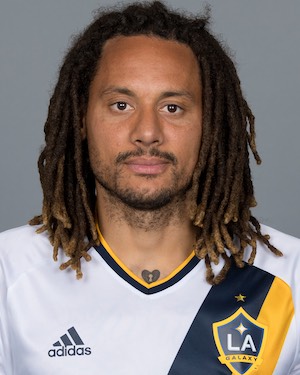 Few American players have re-defined themselves at a World Cup quite the way Jermaine Jones did in 2014.

Long a source of frustration to U.S. fans because his performances for the U.S. rarely lived up to what was expected from someone with Jones’ Bundesliga and Champions’ League pedigree, some national team observers, and many fans, wondered if Jones even belonged in the starting lineup because of fears he didn’t blend in well with his fellow holding midfielders, especially Michael Bradley. The concern: Despite skill and acumen that once got him three caps from Germany before switching his allegiance to the U.S., Jones was too reckless in the tackle and not disciplined enough tactically to allow Bradley to flourish in a role higher in midfield.

But Jurgen Klinsmann was steadfast in his faith in Jones and he was repaid in a big way in Brazil. Over the course of four games, Jones was arguably the best American player, assisting Clint Dempsey’s goal against Ghana, scoring a cracker himself against Portugal, and playing tireless and effective defense. This made Jones a media darling and raised his profile, and marketability, in the United States.

After the World Cup Jones, who spent most of his life in Germany and is eligible to play for the U.S. because of his father, a former American serviceman, expressed a desire to play in his father’s homeland and after agreeing to terms with Major League Soccer he ended up with the New England Revolution after a mysterious “blind draw.”

Despite the murkiness that led to his arrival in New England, Jones slipped in seamlessly with the Revs and instantly elevated them to MLS contender while showing that, despite being 32 at the World Cup, he was still among the best American players. Jones has indicated no desire to step away from the national team and after his performance in Brazil, most U.S. fans now view that idea much differently than they once did. – BROOKE TUNSTALL

Klinsmann on Jones:
“Jermaine is a Champions League player. If you want to play there, then you have to be good. And he is good. Now, his temper is always something to discuss and we even make jokes about that in the locker room, but if he gets that under control then we have a very, very good player there. He has high energy and the opponents have a lot of respect for that guy.” (May 2012)

"Jermaine is a player that is always on the edge, and he plays that way, and he has to deal with that. If you play that kind of game, and you step over it, like he did—step over and step on it—then you have to deal with that.” (January 2012)