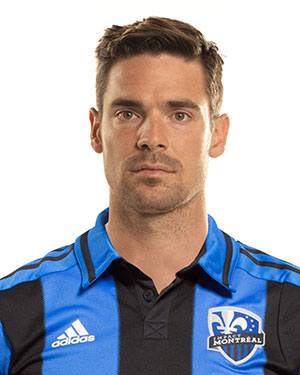 Despite a solid career that has spanned five countries, and counting, stardom always seems to just elude Heath Pearce.

A consistent youth national teamer who was always overlooked for final rosters for world championships, Pearce turned pro in 2005 after three seasons at the University of Portland. He began his pro career with FC Nordsjaelland and quickly became one of the top left backs in Denmark in his two and a half seasons there.

His combination of size and pace and good crossing ability got the attention of Bundesliga side Hansa Rostock and he began a stormy relationship with them in the summer of 2007. Over two seasons Pearce played over 30 times for the club but they accused him of faking an injury – something he adamantly denied – and he was released out of his contract after two years.

He joined FC Dallas in 2009 and despite helping the team make its first appearance in MLS Cup in 2010, he was traded that winter to Chivas USA, beginning a run of three MLS teams the next four years, including winning a Supporters’ Shield with New York in 2013 and a Canadian Cup championship with Montreal a year later. Out of contract after the 2014 MLS season, Pearce opted for a return to Europe where he signed with Swedish power Goteborg.

At the international level, Pearce won 35 caps between 2005 and 2012 but despite featuring for three different head coaches never made a World Cup side, with the closest coming when he made the final 30-man roster for Bob Bradley in 2010. He was also on the U.S. 2007 Copa America team and the Gold Cup and Confederations Cup sides in 2009. – BROOKE TUNSTALL

Klinsmann on Pearce:
"This is a very important opportunity for these players. They are the next in line behind the established players, and this is a chance to prove themselves. We will spend the next few weeks introducing them to our ideas on how we want to play and what it means to be a part of the National Team. Ultimately, it will create more depth for us, which you need at this level. I'm very curious and excited to see this group." (December 2011)