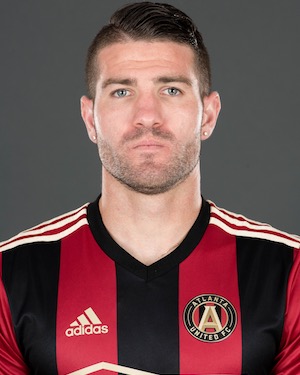 Greg Garza's ability, and more importantly his playing time, has finally caught up with his ambition. The Texas native has long had a pro’s ambition and left for Europe as a teenager only to struggle for first-team opportunities.

A regular on the U.S. youth national teams from the U-14 to U-20 levels with a left foot and pace to allow him to play midfield or fullback, Garza joined the academy of Sporting Club de Portugal but failed to win a first-team contract. He then signed with second division side Estoril Praia, with whom he played sparingly in a season and a half before leaving in the summer of 2011.

Garza finally found a more permanent home in 2012 when, at the suggestion of Joe Corona, whom he'd met at a youth national team camp, he trialed with Mexican club Tijuana Xolos and won a contract with a chance at consistent first-team football.

That playing time came slowly for Garza, where he was stuck on the depth chart behind, among others, fellow American left flank player Edgar Castillo. His first season he played only five games as Tijuana won the Liga MX title but playing time increased and in the spring season of 2014 he became a regular to the point that the following summer Tijuana let Castillo leave for Atlas as Garza became the first choice at left back.

His consistent playing time caught the attention of Jurgen Klinsmann and he debuted for the U.S. against the Czech Republic in September of 2014, three weeks after turning 23. With left back a major question mark for the U.S. at the start of the 2018 World Cup cycle, Garza has a legitimate shot to make the position his, provided he keeps starting at the club level. -BROOKE TUNSTALL