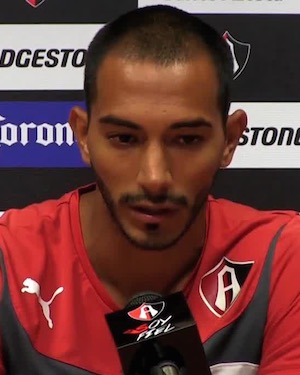 Few players in the current American soccer player pool are as confounding and maddening and confusing as Edgar Castillo.

The speedy left flank player consistently flashes his talent – great wheels, skill on the ball and solid passing and vision – in Liga MX, where he’s started for for several of the biggest clubs South of the Border since debuting for Santos Laguna at age 19 in 2006 only to leave U.S. fans disappointed, angry and confused after most of his appearances with the national team.

The Las Cruces, N.M. native has been part of two championship teams and showed well enough to be part of Mexico’s U23 team for Olympic qualifying in 2008 and even to be capped three times for El Tri before being one of the first provisionally cap-tied dual-citizens to take advantage of a 2009 FIFA rule change allowing a one-time switch in national team allegiance.

That Castillo has attacking ability isn’t in question, as his two assists for the U.S. at the 2013 Gold Cup attest to. The problem is that he’s usually deployed as a left back and, to be polite, there are turnstiles that defend better. His defensive deficiencies are less-exposed at the club level, especially in Mexico, but at the international level he’s been consistently exposed and beaten, a leading reason why Jurgen Klinsmann, who capped him 15 times between taking over and early 2014 – dropped him from contention from the team he took to the World Cup in Brazil.

But one thing the World Cup showed was that the U.S. is at its most dangerous going forward when it has speedy wing players who can create on counter-attacks, something for which Castillo’s skill-set would seem perfectly suited. Perhaps a solution that would enable the U.S. to get more out of Castillo and not leave him so frustrating to watch would be to use him as a midfielder and not a defender. -BROOKE TUNSTALL