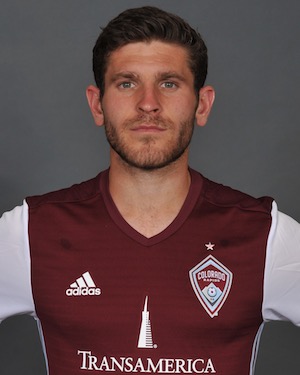 Rarely is the classic MLS No. 10—the playmaking central midfielder in soccer parlance—American. Rarer still is one who comes to the league after four years of the hard knocks of college soccer. But Dillon Powers is such a rarity. Colorado drafted the 2013 MLS Rookie of the Year 11th overall and the Notre Dame product promptly slid into the starting lineup and showed he could orchestrate an attack as he helped the Rapids to the playoffs, registering with five goals and six assists. This season, despite a Rapids team riddled with injuries, Powers’ playmaking has improved—five more goals and nine assists with six weeks left in the regular season. Nary a press conference nor interview goes by where U.S. national team boss Jurgen Klinsmann doesn't talk about wanting to play attacking, possession-oriented proactive soccer. Well, doing that requires players with the vision and skill to find space and create for teammates. Powers has done it in MLS and his production should earn him a chance to show he can do it for the national team.—BROOKE TUNSTALL