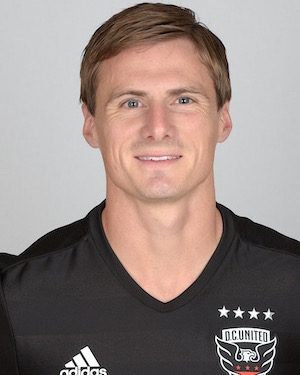 Chris Rolfe, the speedy winger and goal-scoring forward, is small and injury-prone, but a second stint with the Chicago Fire is breathing new life into his club career and possibly his national team prospects as well.

The Ohio-born player jumped from the Dayton Flyers to the Fire in 2005 and quickly endeared himself to the Midwest audience, scoring eight goals in his rookie season. He earned his first national team cap in 2005 as well. Rolfe continued scoring for the Fire and figuring in the national team setup (although never breaking into the Starting XI), but also battled injuries. Still, he tallied 36 goals between his rookie season and 2009.

Like many ambitious Americans, Rolfe got the itch to test himself in Europe and signed with Danish Superliga squad Aalborg in September 2009. While abroad, Rolfe scored six goals in 32 appearances over three seasons but never made the impact he hoped due to frequent injury.

The midfielder returned home to the Fire in April 2012, debuting six weeks later. "We are excited to have Chris rejoin the Chicago Fire,” Fire head coach Frank Klopas told ChicagoFire.com. "Chris is a proven goal scorer with experience in MLS and abroad. Chris will help us as we push for the MLS Cup Playoffs and we are happy to welcome him back to the club." Rolfe's first goal of his second stint came on June 17, and he soon found his way into the Starting XI.

Rolfe hasn't figured for the senior U.S. team since the January 2009 camp, but he could play himself back into contention with continued strong showings in MLS.—NOAH DAVIS