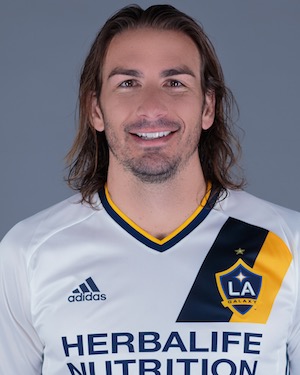 For a time, it looked like Alan Gordon's biggest career achievement would be his star supporting role in Grant Wahl's The Beckham Experiment. In the tome, the former Los Angeles Galaxy striker is funny and candid, providing some of the book's best moments. But Gordon, now 30 and with his fourth MLS team, rededicated himself to the game in his new San Jose home and earned his first call to the national team for the August 2012 friendly in Mexico.

"I've really changed my work ethic, just kicked it up a notch," said the man who spent 2005 to 2010 playing a bit role with the Galaxy to SI.com in the middle of his impressive 2012 campaign. "That's helped me stay healthy for once. I'm in the gym an hour before practice every day and staying late afterward, and I'm paying attention to what I eat."

Gordon, a tall attacker with a knack for being in the right place, struggled to finish early in his career. He found chances in the run of play and off set pieces, but frequently failed to convert. A renewed confidence with the Earthquakes helped turn that trait around, and Gordon credits his teammates for helping.

“When I go on the field and I see Lenny [Steven Lenhart] next to me, and Wondo [Chris Wondolowski]...it’s just kind of a thing we have up top. We get fired up and we know we have the confidence about us," he told MLSsoccer.com. "We know we’re going to do it.”

It was a surprise when Jurgen Klinsmann came calling in August—Gordon was attending his neice's birthday party—but he joined the Americans in Mexico. Gordon didn't see the field but even getting that far was quite a feat for the forward. He got his chance on the field against Antigua and Barbuda on October 12 when he come on as a sub and connected with Eddie Johnson in the 89th minute on a cross for the game winner. The rise of the comedian's career is serious stuff.—NOAH DAVIS