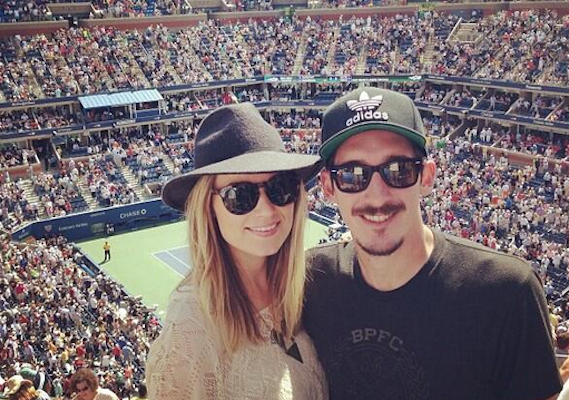 The United States midfielder heads to Flushing to check out some hot tennis action, while Landon Donovan buys dinner for his boys and Terrence Boyd gets a new video game.
BY Jesse Yomtov Posted
September 08, 2013
10:24 AM
10. Sacha Kljestan: Gotta love the international break

9. Juan Agudelo: Can’t begin to explain how many times this has happened to me

Forgetting you have polarized glasses on then legit thinking you broke your phone screen <<<<<<< ????

8. George John: This is why I don’t live in Texas

Today is the first day in a long time that I can confidently say, "I might not get swamp ass."

7. Heath Pearce: This would be a fun test for A-Rod

If i go this route is it an admission of guilt? pic.twitter.com/LUAbWnQVeY

4. Terrence Boyd: It’s always better to put out this kind of disclaimer to your loved ones

Well I guess I wont leave the house for the next weeks pic.twitter.com/7V4ohSAAzp

In case people don't understand their team: We carry Stu Holdens ambitions with us – and much further than Costa Rica.

1. Nick Rimando: Omar got off the hook?!