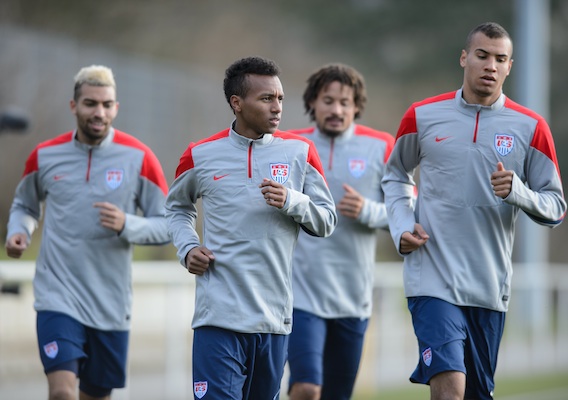 Wednesday's friendly against the Ukraine will go on as planned; Stuart Holden has an ugly setback in his return; The new uniforms are very white; A peek behind-the-scenes with the 1994 team.
BY Jesse Yomtov Posted
March 04, 2014
8:48 AM