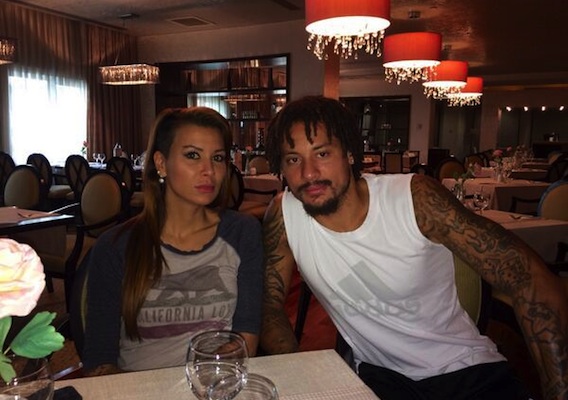 Another week, another busy Twitter interval for U.S. national teamers. From Jermaine Jones' husband-and-wife pose to Mix Diskerud's Chalupa dreams, there's something for everyone in this edition.
BY Justin Churchill Posted
February 24, 2014
1:25 PM

Apparently Fallon is big in Belgium—like mayonnaise on french fries.

Jimmy Fallon does it again… too funny. Watch: http://t.co/z6TDdBcL7O

It's like the day Mom and Dad take away your Teddy Bear....

First day I've ever gone without using my phone. I must admit it's pretty tough! Enjoyed the day spent with my second family #TheDelPiccolos

Stu reaches out to a guy who eats a lot of stew.

Or: Sign with MLS, move to SoCal, and try some real Mexican food.

Where was this support for the Finland debacle?

Almost hockey time! @graemepoole & I have a "Starbucks for the week" bet going. My allegience stays w/ the #Stars&Stripes on this one!#GoUSA

Brilliant 2nd half from the boys and another big win! Thanks for the fantastic support as always now on to the next one!! #bcfc

And yet soccer still doesn't get any play on SportsCenter. Someday....

The U.S. will send more fans to the #WorldCup than any other nation in the world! Can't wait for the awesome support we will get in Brazil.

Mo is frontrunner for 2014 MLS Twitter MVP. Any challengers out there?

Flappy Bird aka Slappy Bird haha. Rules were if I got more than 10, I could slap him and..well… http://t.co/Ugs3cOobLO