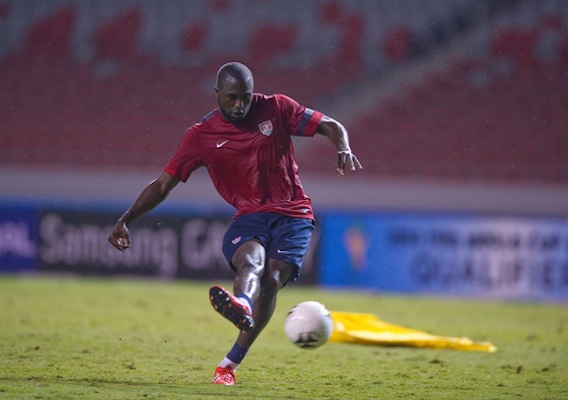 Just because Jozy Altidore missed the United States' World Cup clinching-victory against Mexico doesn't mean he wasn't paying rapt attention. He writes about the experience of being half a world away.
BY Jesse Yomtov Posted
September 13, 2013
7:55 AM