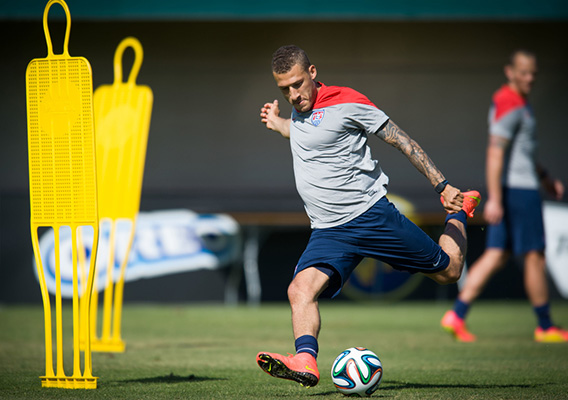 The presumed starter out left reveals that he's been seeing most of his time at right back during camp; Landon Donovan shatters the MLS scoring record; Clarence Goodson would like an explanation.
BY Jesse Yomtov Posted
May 26, 2014
7:45 AM